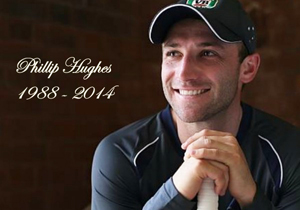 One of the most vivid memories in my life was watching India win the Prudential World Cup in 1983 on television. The euphoria and celebration were infectious. Every neighbourhood rejoiced. Cricket was so much in the air. The next day, the image of Kapil Dev, then captain, holding the trophy splashed newspaper headlines. I was still in school but I remember being a part of this intrinsic cricket fraternity that was formed in the drawing room of our homes and spread beyond. Irrespective of how little you understood the game, the names of cricketers were more familiar than even Bollywood actors.

Our first television was bought in 1982 and it helped sustain my infatuation with a few cricket heroes whose posters did colour my walls.  Over the years, when cricket got embroiled in the match-fixing controversy, my interest in the sport waned. Save the India-Pakistan matches, the game became a ‘once-in-a-while’ affair for me. It was hard to get back to the sport with the same enthusiasm and, perhaps, a level of respect.

Decades later, coming to live in Australia revived a distant memory of the game. The friendship between India and Australian is seen through the lens of cricket. My husband, an Australian, broke the ice with my neighbours in Delhi by sharing the same space and watching and discussing cricket in Netaji Nagar. Cricket, cliché though it may sound, broke barriers.

Recently, Australia and the world mourned for Phillip Hughes, an Australian batsman. And a non-cricket person like me was found wallowing in grief and staying glued to the television to watch every moment of his funeral. Hughes, as we all know, died after being knocked unconscious by a bouncer during a Sheffield Shield match at the Sydney Cricket Ground. The ball caused a vertebral artery dissection that led to a subarachnoid haemorrhage. Two days later he was declared dead. He was to turn 26 in a few days.

The story of Hughes is one that touched everyone. For days on end, I kept thinking of Hughes. What connected me to him, like the rest of the world, was his story. In newspapers, radio stations, television and on the internet, as the story of this young Australian, born and brought up in the country, and driven by a passion for cricket was told and retold - there was not a single soul who did not remain unstirred. This story of the country boy chasing his dream and making it big is the stuff dreams and realities are made of. So much of the extraordinary in the ordinary. And who would think that one could die playing cricket, a sport considered least risky? But as journalist Matt Cunningham says what explains this tragedy and what it says about Australia as a nation is the fact that “Hughes epitomised the values we hold so dear. It was the story of a father and his son. Greg Hughes was the father so many of us strive to be.”

On his funeral, the focus of the world descended once more for the last time in Macksville, a small country town where Hughes was born and brought up. Cricketing legends, heads of states and the whole town came out to celebrate a life and bid their final, honorable goodbye. The image of a weeping Greg serving as a pallbearer, a broken brother and sister reading out their letters to a sibling no more – was a pain shared by many despite not knowing him personally. The mortality of life and the fact that he has left behind all the people who love him made us reflect on our own life despite the intellectual peace we have made with ourselves.

In Hughes death, I found myself re-united with cricket in a way. It was about cricket. Australian captain Michael Clarke speech resonates: “Is this what we call the spirit of cricket? From the little girl in Karachi holding a candlelight tribute to masters of the game like Tendulkar, Warne and Lara showing their grief to the world, the spirit of cricket binds us all together. We feel it in the thrill of a cover drive. Or the taking of a screamer at gully, whether by a 12-year-old boy in Worcester or by Brendon McCullum in Dubai. It is in the brilliant hundred and five-wicket haul, just as significant to the players in a Western Suburbs club game as it is in a Test match.  The bonds that lead to cricketers from around the world putting their bats out, that saw people who didn't even know Phillip lay flowers at the gates of Lord's and that brought every cricketing nation on earth to make its own heartfelt tribute.  The bonds that saw players old and new rush to his bedside. From wherever they heard the news to say their prayers and farewells. This is what makes our game the greatest game in the world.”

Hughes’ death has instilled a sense of pride in me – for him and for the game. When I gaze at the stars at night, I think I might watch cricket again to keep the spirit of this inspiring man alive.