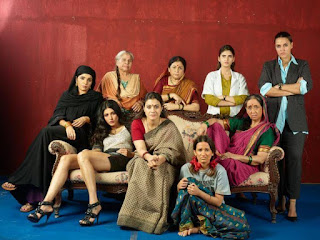 I just finished watching Devi, a 13-minute film on the plight of women in India. Have to admit it was Kajol, my favourite from Kuch Kuch Hota days, that was the lure to it. But it left me deeply saddened by the stark reality of the country I left behind thrown right before my eyes. The film ended with a few pointers, one of which is the fact that Indian courts have a backlog of more than 100,000 pending rape cases.

I am fortunate to live in Australia but part of my background and who I am is undeniably Indian. And this is not to say that I live in a violence-free world where incidences of rapes and assault against women is unheard of. However, the enormity of the situation in India even in 2020 is incomparable.

The consensus among activists and women is that the problem is getting worse and the culture of impunity for sexual crimes remains firmly embedded.

I lived in Delhi for 17 years and my emotion towards the city is still the paradox of love and hate  - love for the beautiful relationships I nurtured there and hate for the every day struggles I endured as a woman, and particularly, as a women from north-east India. ‘Chinki’ or ‘chowmein’ were some of the words I routinely faced walking down the streets of Sarojini Nagar or Chandni Chowk. Racism was louder than assault but a harassment that nagged me no end.

Cut to life in Australia. I have faced none of the issues stated above but my constant interactions with members of the diaspora makes me ponder over the so-called cultural baggage that many carry, particularly in the way sons are treated, a preferential treatment so obvious. This is based on statistics not just on experience. In absolute terms, India has 48 per cent female population compare to 51.80 per cent male population, according to the Ministry of Statistics and Programme Implementation UN (World Population Prospects 2017).

Growing with four sisters and one brother, an average family of seven, I always quite envious of my brother’s position in the family. Being the only son, he certainly was quite accustomed to privileges. You know, for one not having to do any domestic chores which I loathed, but that is true of most boys in Indian families. However, my brother did not grow up as a spoilt brat. On the contrary I think he is certainly life goal for me as he has turned out to be a very good brother, husband and father to two beautiful daughters.

But why am I talking about my brother on International Women’s Day? Herein lie my answer. My parents have nurtured him well and having grown up in a household full of women would have directly or indirectly shaped his mind and character. I am sure he had a wide spectrum of freedom but he learnt respect. He has adopted two beautiful girls in a society where sons are uncrowned kings. Respect to me is key to gender equality and all the values we are aspiring for.

If we talk about the biggest threats facing women the world over today, it is violence and the practice of gender inequality – both of which threaten women’s progress. The panacea, then, of all these ills seem to lie somewhere in the production of good sons.

This conversation has happened before, the fact that girls should be taught to take care of themselves in order to be safe or as the saying goes prevention is better than cure. There are so many unwritten rules for girls and women. But if we taught the boys to respect girls then the latter will not have to worry about having to wear mini-skirts or walk alone at night. So teach your sons about gender equality, teach them how to be enraged by rape, teach them to express emotions, teach them about healthy masculinity, teach them not to stare, teach them accept that love is not coerced. That is idealism.


I believe we can all work towards that idealism. As women, we have to recognise that we have a role to play in creating good boys and men. We are socialised into gender roles right from very young and how much influence and control we have in shaping young minds begins at home. This is not to say that onus likes only on women to put in the emotional labour to groom their boys. Men have to play their roles too.

Indian parents are academically oriented and desire “all-star children,” with amazing grades particularly in maths and science. We don’t belong to a culture that is superior to others just because family comes first or because we live in close-knit groups. And living in Australia we are interacting with multiple cultures and we cannot converge our experiences into one simple understanding. However, what is important is showing your children what’s outside the front door and the need to instil strong moral and ethical skills.

I am not saying women are absolved of all wrong doing but we have a responsibility and a role to nurture, teach and groom both boys and girls to make them productive and valuable citizens. On International Women’s Day, I would like to laud the women who teach their sons to respect women and women who teach their sons that entitlement is not their birth right. Until we bring a change to our mindsets and begin teaching gender neutrality, we will lag behind. Parents raising sons do hold the power to change the world.