The Importance of Being AmitabhBachchan

May 10, 2014
There are probably only a few Indians who are not intimately associated with him. A superstar, a phenomena, Amitabh Bachchan is the stuff legends are made of. A man who has romanced the silver screen for more than four decades beginning with Abhimaan and Zanzeer, the latter earning him the moniker ‘angry young man’, his colossal success has earned him millions of die-hard fans. Little wonder why Melbourne went hysterical when the 71-year old Bollywood actor graced the city by being part of the Indian Film Festival. 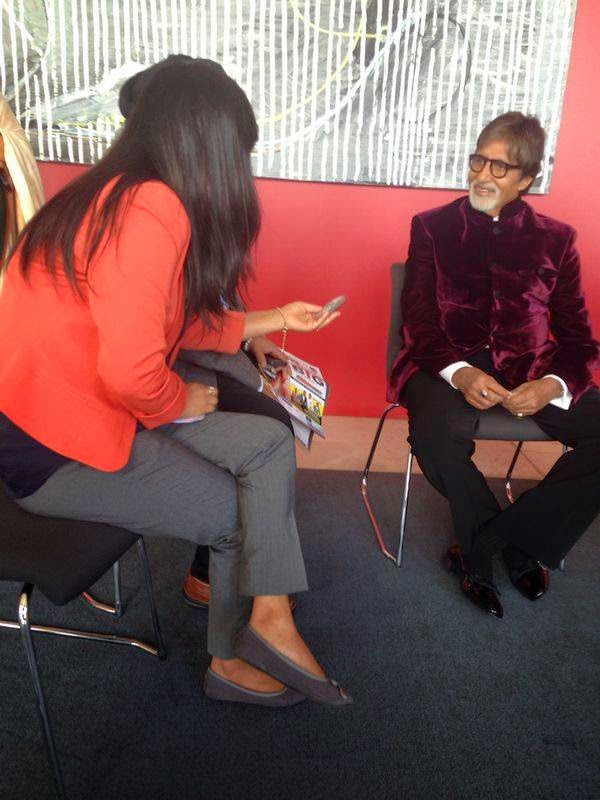 Trying to steer clear of controversy, Bachchan said, “I am also half Sikh”. He was referring to his mother Teji Bachchan, a Punjabi Sikh from Faisalabad (now in Pakistan).The statement coming against the backdrop of Sikhs, who have not gotten over the outrage of his alleged role in the 1984 Sikh Riots of Delhi, seems to have a message. Bachchan has always denied any allegations. In 2011, he wrote a letter to Akal Takht saying, "I wish to take this opportunity to vehemently and categorically deny these allegations against me which are completely baseless, false and untrue. The Nehru-Gandhi family and our family have old ties from our city of origin, Allahabad. We have been together in each other's hour of grief and joy, but to allege that I was a part of the crowd that incited them to raise anti-Sikh slogans is a preposterous and blatant lie.”

Truth is, in the business of stardom controversies have a way of rearing their ugly heads. But nothing can damage the aura of Bachchan. Or so it seems. Comfortably seated and wearing a maroon jacket, he was at Level 46, 55 Collins Street fielding a barrage of questions from Melbourne’s ethnic media. Offering a pragmatic view of life, he ruefully admitted how entering politics was a mistake, one he would never ever make again. “I went into politics on an emotional impulse because I was unqualified. I have accepted my failure there. Once I left, I have never made any kind of political statement or been associated with anything political. I am not going to go back there again.”


In reel life, however, it is hard to veer away from the same. His latest release Bhootnath Returns makes a comment. “Yes there are many issues which are political and it is put across in a very light, satirical manner,” he succinctly puts. “The point is, if somebody is given a job/responsibility to do, why is he not doing it efficiently? And yes there is the importance of wanting to go and vote because every vote matters, it is the voice of the people and that means if you are not voting you do not want to express yourself.” Probed further, he would want the best man to win on May 16, the day India’s general elections results come out.

So is Bachchan a brand or a magic? What does being Amitabh Bachchan mean to the man himself? Interestingly, in his recent blog entry he counters the question with “what kind of a question is that?” Perhaps he is unaware of the power he wields through a medium especially in a country where that medium has a substantial reality of which he is an intrinsic part representing those realities. “He could rouse you to anger, move you to tears, and dissolve you in smiles as consummately and completely as any real life experience,” rightly reports Outlook magazine.

The question, it is clear, is something he has never given a thought to. “I am just another name. I just happen to be in a profession which deals with cinema which is seen by many people. That’s the identification. Otherwise I am just another name.” But he qualifies it with, “As citizens we are all responsible beings – we are a citizen of a country, of a community, and I would like to believe that I have to watch what I say, how I behave, what I do because I am given this status of a public figure. You are expected to be always doing the right things. But we are all humans, we make mistakes.”

There is definitely value to what Bachchan says. When asked about how he copes with all his assignments and busy life, he said, “I am just a professional being paid for a certain job and the least I can do is to follow what the job demands to the best of my abilities.”

As for tragedies, illnesses, and accidents, having had some infamous brush with them, he says, “These things happen sometimes and you are fortunate to be alive. So you thank the Lord and the doctors who worked on you and get back to work. I don’t think it’s important to dwell on them because the more you do, you start pitying yourself - that’s not good.”

Being loved by audiences is the ultimate gratification for any superstar. That he is worshipped by his fans is no brainer but equally revealing is film critic Rachel Dwyer’s summation of Bachchan who she says “is the only individual who can fill the role as brand ambassador for the new India on the world stage where his dignity and cosmopolitan outlook are universally admired.”

His recent Melbourne visit is testimony to the above. Bachchan’s constant use of the social media – Facebook, twitter and blog - to connect to his fans also makes him a ‘modern multimedia star’. His blog draws hundreds of comments and likes. “I am not a writer, my father (Harivanshrai Bachchan) was.  Something just comes to the mind and I write it,” he said when asked if writing to him is the art of the second thought.

For all these and more, Bachchan has retained relevance well past his prime. His upcoming projects include an untitled movie by R Balki who had made Cheeni Kum and Paa and a film by Shoojit Sircar called Piku which also has Irfan Khan and Deepika Padukone. Later in the year he is working on Vinod Chopra’s production and simultaneously on a TV serial produced by Sony that will be out on July. He returns as the host of the eighth season of popular show Kaun Bangega Crorepati in August.