April 04, 2014
Last week, Bollywood actor Vidya Balan came calling. I think Melbourne’s autumn just got livelier especially with the Indian community who love Bollywood. I do like Bollywood but more for all the masalas news that revolve round the industry. In truth, I still revel in the memories of my meeting with Aamir Khan, whose wife I really envy. They form such a cute couple. It is one of the few perks of my part time job to hobnob with a few celebrities. And of course my facebook wall gets painted with all my photo ops. 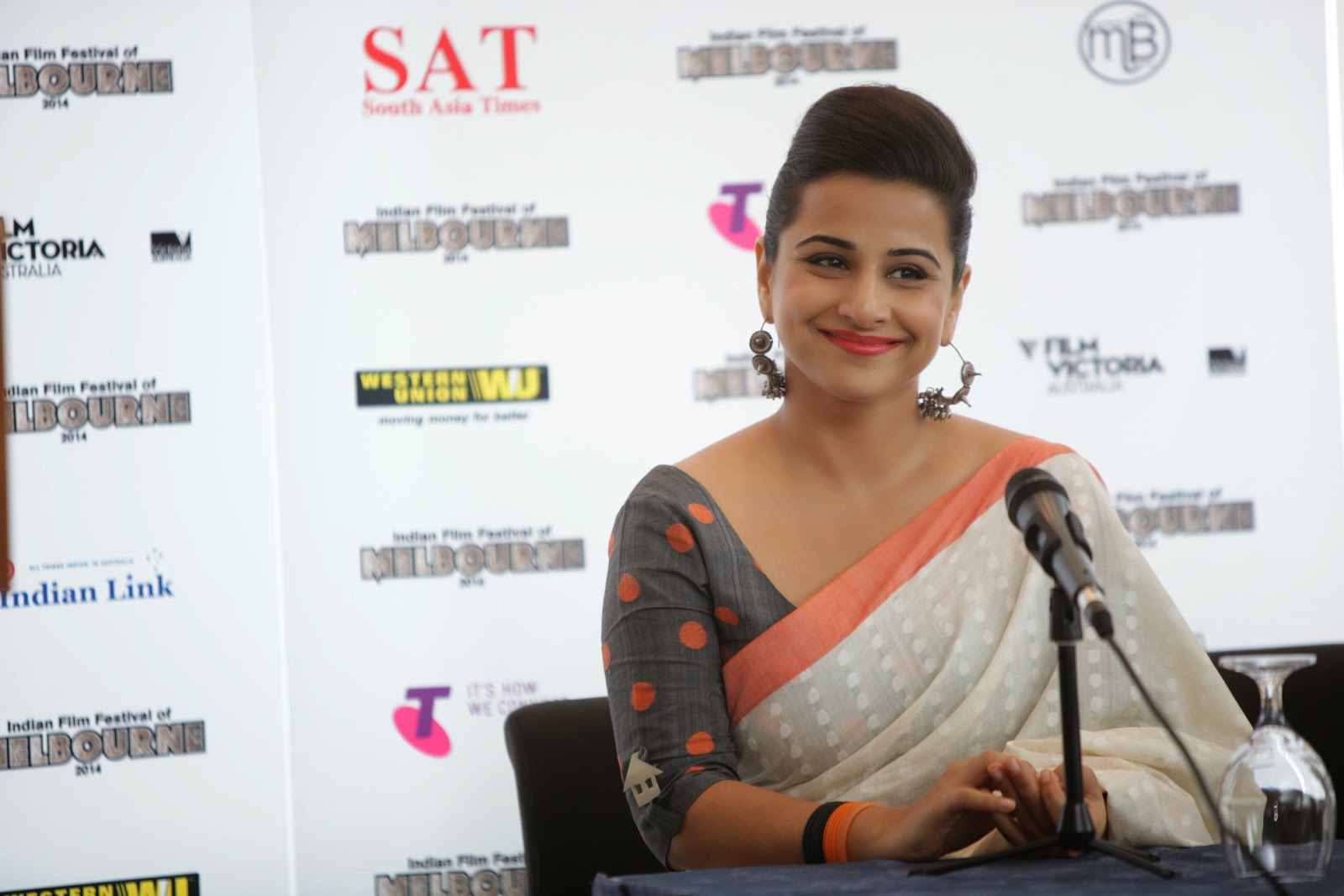 I thought of all the years I spent as a rookie journalist in PTI meeting politicians, singers, stars et al and coming home starry-eyed and envied by friends. I still feel excited about doing these things again after so many years. Forgive this transgression, but in all this, my exposure to Melbourne’s page three Indians is getting wider. Between bites of snacks and sips of tea, I see a versatile group – some are just frogs in the well, some display an all too important air, and some are just so chatty and amiable. But people are my favourite subject, as you can see.

Balan was spontaneous and eloquent. Her dress sense, however, has always drawn flak and I know now why. Wonder why she was wearing a colour of a sari that looked so old and worn out. I am talking grey and she looked downright dowdy. Not to forget the shapeless kaftans she is often seen wearing over jeans!  In Shaadi Ka Side Effects, she is seriously flabby!  Some people have argued that we need to stop trying to fit female actors into the stereotypical hour glass body types. But why would I pay money to watch a lead actor in a commercial film that looks, well, quite on the plump side? I think actors have a certain obligation to the audience and that’s why they have to fit the bill. Agreed Balan is not your quintessential Barbie doll but the least she can do is be well groomed. She is the brand ambassador of the Indian Film Festival Melbourne which started three years ago and credited for much of the festival’s success. I don’t doubt that, Balan comes across as very genuine and friendly.

It was a short press conference but the one on one interview was quite a long wait. Some came and broke the queue. You see they all know Balan now on a first name basis given that they have attended all her press conferences in the past. Interestingly, my favourite blogger Stephanie Klein describes conferences as being full of circle jerks – "people who mostly already know each other, or at least, of each other, and are there to rub their own noses in it. To keep current and relevant and @followed. Because we all want, even at the most basic level, to feel important. It’s why we brag, in that subtle way, causally slipping in bits of impressive information. Because we want to be taken seriously, to stand out, to be memorable, and more importantly, to be included. It’s one big playground! Couldn't agree more. I might inadvertently be part of the playground :).

But my Balan day ended well with a free entry to viewing one of the most intense Indian films in recent times – Lakshmi – directed by Nagesh Kukunoor. Brilliant film on child trafficking and prostitution, it won an award at the Palm Springs International Film Festival this January. Must watch film for those with a sensitivity to life.