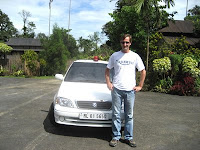 ave now just returned to the Indian capital of Delhi after a most enjoyable and interesting visit to a part of India that I knew so very little about, two adjoining states of India called Assam and Meghalaya. Assam is situated up the north east part of India, bordering countries such as Nepal, Bangladesh and China. This part of India is so vastly different from the rest of India I have seen so far and does remind me of parts of Australia. The high mountains of the Himalayas, steep hills, deep ravines, forests, waterfalls were some of the most amazing views I have been lucky to view. Truly awe inspiring!Most western tourist seem to know so little about this part of pristine India or they don't consider to include this area in their India itinerary. Perhaps one of the reasons is the travellers' warnings to refrain from visiting these remote areas as some parts of the region have long histories of insurgencies.

I caught a flight from Delhi to Guwahati, a journey of around two hours a 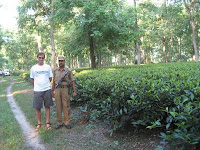 nd spent my time in both Guwahati and Shillong, the capitals of Assam and Meghalaya respectively. I did some day trips to the surrounding districts too.Guwahati is similar in some ways to the rest of India. The hustle bustle of the street markets, varied vehicles plying on the roads and people just everywhere. Not to mention the heaps of rubbish piled everywhere, the occasional cow wandering aimlessly around, beggars... all just typifies the fact that India is "the land of a 1000 smells". Guwahati had many.

The welcome break was the travel to a lovely place called Shillong for a few days. I thought to myself this was indeed a "small Oasis in India". I noticed an immediate drop in the temperature, the air was cleaner, the landscape beautiful and the town heaps cleaner than the rest of India. People do have a civic sense here. You don't stumble on the occasional pile of litter that are strewn on the streets as in other parts of the country.

The road to Shillong was a cool three-hour drive from Guwahati. But I must add, the road trip was a bit scary. Having hired a taxi in Guwhati and then being driven around some twisty mountain roads at break neck speeds, passing speeding trucks on blind corners, it was an interesting experience in itself. And it was something I didn't want to risk again. So for the return trip to Guwahati, I boarded a 20-min helicopter flight. So much a better option and my heart was not in my mouth!Shillong appears to be much more a westernised part of India and is a town that was established by the British. It is noted for being the local hub of the regions educational facilities including universities, colleges and schools. Many were started by the churches and missionaries and are still being run today.

The people are not only different in appearance than the rest of India, but I found them to be a lot more friendlier and helpful, and the language is not so much a barrier as English is the most spoken language. This area is comprises people from diverse and many old traditional tribal groups, main ones being the Manipuris & Khasi as well as many others. Most of the traditional populations have more of Asian appearance than Indian. Their customs being so different and diverse, the handicrafts and hand woven shawls are a must to see... I did get a couple of souveniors.

While in Shillong, I took a day trip to Mawlynlong, the cleanest village in Asia. It was a small remote isolated village comprising 81 families and is situated right up near the Bangladesh border. The traditional housing, well kept lawns and gardens, clean roads and biodegradable rubbish bins were a welcome sight. People elsewhere can take a leaf of experience or cleanliness from here.The road journey took me through small towns mountain roads. I was awe struck by the sheer beauty of it all.

Back in Guwahati, my hosts took me to visit a vast sprawling old Tea Garden owned by India's big corporate house the Tatas. The tea estate comprised about 400 ha of tea plants. I got to see and imagine how the British tea barons of yesteryear must have lived, Palatial bungalows opulence, servants, pristine gardens set in such a tranquil environment. The visit to the tea processing factory and getting to see the actual process of the tea leaf being transformed to the finished product was a most interesting experience Although I did missed out on seeing the wild elephants that are abound in the area....We were told that just a day before one of the elephants trampled and killed a woman tea worker.

I have a few more weeks in India before I head off home to Australia but my northeastern experiences have been worth its while. I look forward to visiting the region again!

Anonymous said…
ah.... your description makes me wanna go on a north east tour as soon as possible. But you were lucky to have Indira with you to take you to all the great places :). hope u enjoying urself in India.

Shanti Thokchom said…
hey!that was great hearing from a person who went there! Truly,its an experience that one would not forget at all!! lucky you..Ms.I was your guide, all the more better!!
09 October, 2008